Projects vol.1
Aiming to be truly fair.
Creating a world-leading human resource system
Tokyo Electron (TEL) has grown into a company with over 10,000 employees worldwide and net sales of over 1 trillion yen. In recent years, TEL has also gained high appraisal in the rapidly growing market. However, from 2017 to 2018 the company has also implemented bold changes to its human resource system. Why was it necessary for TEL to develop a new human resource system at this time? As TEL grew into a large corporation, the founding spirit of the company was weakening, and it was important to renew this again. Based upon this, we made a firm resolution to aim to be the true number one globally. 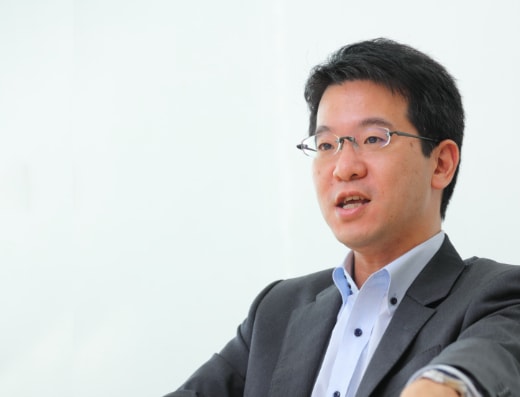 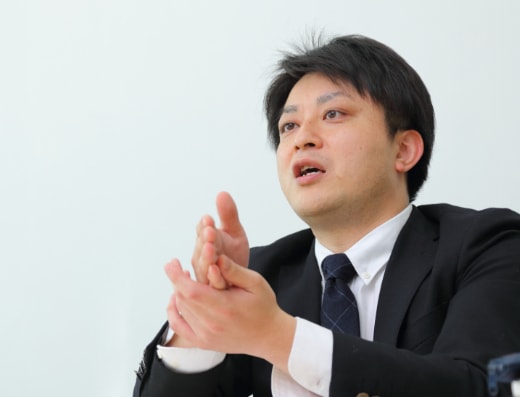 Group Leader
Staffing Group
Human Resources Department Tetsuji Miyazaki
The company could not compete globally with a HR system based on length of service.

The story goes back to around 2010. At that time, the management team were becoming aware of a certain issue. What had begun as a semiconductor venture business 50 years earlier had now grown to be a large corporation and industry leader. But with the expansion of the organization, we were beginning to lose our driving force, the essence of TEL. Noticing this, the management team embarked upon rigorous discussions, including the Human Resources Department. Concerns were raised that, without realizing it, the HR system had shifted to base assessments upon length of service. Questions were asked as to whether capable and talented staff were receiving fair treatment.
“Fairness” is a value that has been valued by TEL ever since its founding. But what does “fair” mean? Discussions showed that different people held different perceptions.
The cue to clarifying the answer came with the proposed merger with major U.S. semiconductor production equipment manufacturer Applied Materials, Inc. Although the merger did not proceed, the contact with that company’s human resource management team made us keenly aware of the need for an approach to human resources that would put it on an equal footing to compete with global corporations. We realized that “fair” does not imply distributing opportunities equally to everyone, rather it means giving capable people positions where they can fully exercise those capabilities. A “just” rather than “impartial” approach brings great vitality to a company and will produce innovation.
So, could we say that TEL is “just” now? When we conducted an “engagement survey” for all employees on how rewarding they found work, we were struck by the unexpectedly poor results from the front-line. Faced with an extreme sense of crisis, the management team made a decision to fundamentally overhaul the human resource system.

I aim for promotion of exceptional talent to be able to grow. I hope to give more young people this experience.

Doi realized that, “Unless we could overcome it, the company was certain to collapse.” This was the start of the human resource system reform project. When Doi was entrusted with responsibility for the project, he found motivation in this realization. He believed it was utterly impossible for TEL to survive in the future unless it was a company that selected talented individuals, even if they are young, and provided them with opportunities to flourish. Doi expressed this sentiment many times during the discussions.
Miyazaki was appointed to a key role assisting Doi. At that time, Miyazaki was in his early 30s, but Doi chose him as leader overseeing the planning and design of the new human resource system. “Being entrusted with a position with such influence over the entire company at this age meant tackling a role that exceeded my abilities, but it gave me many valuable experiences that enabled me to grow.” The desire to give more such opportunities to young employees. The hope to completely eliminate all elements of hierarchy by length of service from the company. Such were the sentiments Miyazaki had when leading the project.
In reforming the human resource system, more than anything, the project members were conscious of the importance of communication with employees on the front-line. No matter how ideal the mechanisms were that were put in place, they would not function unless they gained the understanding of all employees. Doi, Miyazaki and the others formed task force teams both in Japan and overseas that would occasionally visit work sites for discussions with local staff. The opinions expressed were reflected in the system.
The aim was to create a human resource system that was globally acceptable. However, it was not simply a matter of imitating Western companies, it was also necessary to incorporate the essence of TEL. Repeated discussions were held involving the entire company to formulate the ideal human resource system.

To give them great opportunities to genuinely tackle challenges on the cutting edge.

Finally, the new human resource system was implemented starting in April 2018. The most important matter was to assign human resources by “job” rather than by age and experience, and to provide a respectable remuneration. Even young people can be entrusted with major tasks and be appropriately compensated if they possess the qualities and capabilities. Whatever the position, they have expectations in common.
TEL is constantly faced with the challenge of unknown issues that no one has yet tackled at the cutting-edge of electronics. Every job has a mission to boldly tackle and find solutions to these challenges. Essentially, the true aim of the new human resource system is to give big opportunities to staff who truly pursue them. The result of this is to provide new value to customers and society, leading TEL to become the number one company globally.
In the past, TEL was an energetic company where the power of its young employees drove the company and opened up undeveloped markets. Now that it has grown to become a giant corporation with net sales exceeding 1 trillion yen, the time seems right to return to the starting point. Top management now realizes that, in order to win in the future, in a world undergoing drastic changes, it is important to entrust management-related positions to capable people regardless of their age.
This new human resource system is sure to be the first step towards this. By placing human resources in suitable positions, they will be able to more quickly acquire important experience, and develop the capability to handle management. Doi’s hope is to entrust the future of TEL to talent who are attracted by such a work environment.